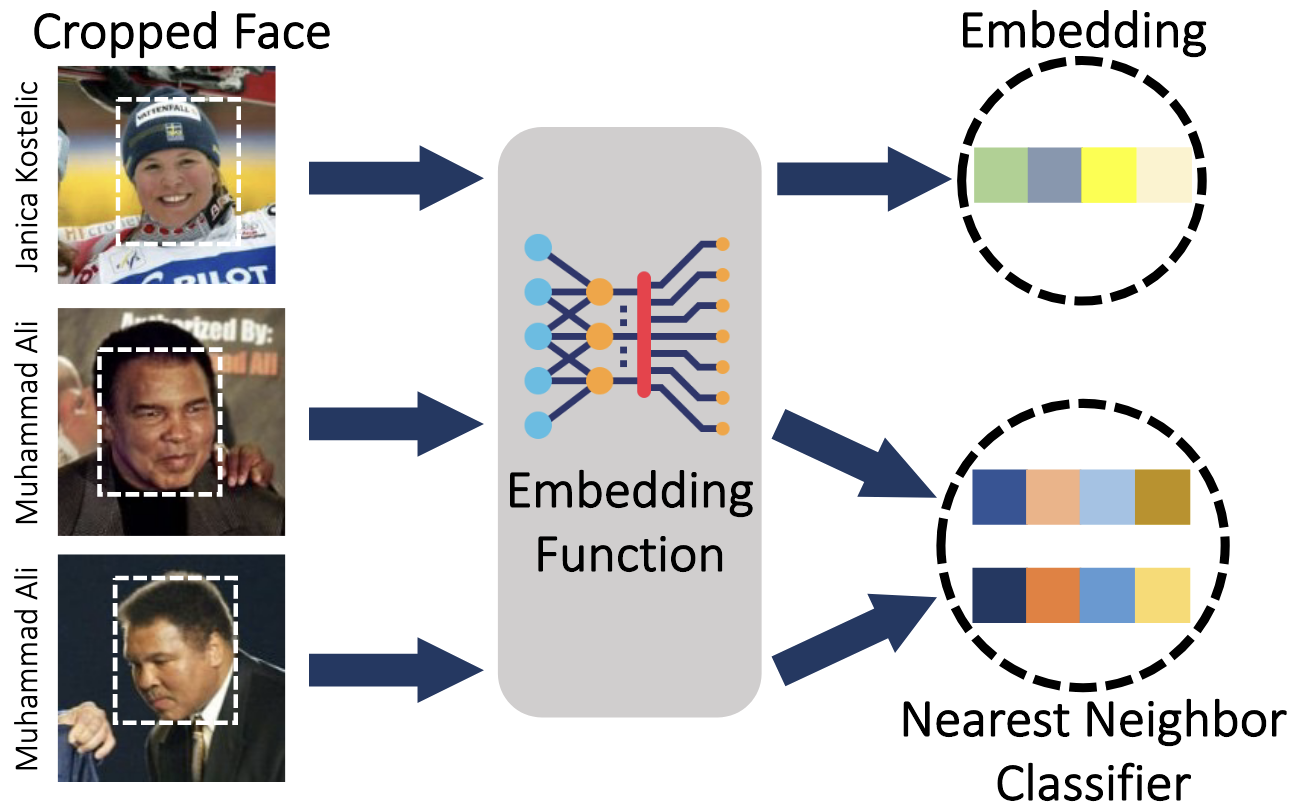 To address this question, we perform an analytical and empirical exploration of the performance of recent face obfuscation systems that rely on deep embedding networks. Intuitively, the embedding space is comprised of images belonging to identities (left) and identities belonging to larger demographic groups (right). 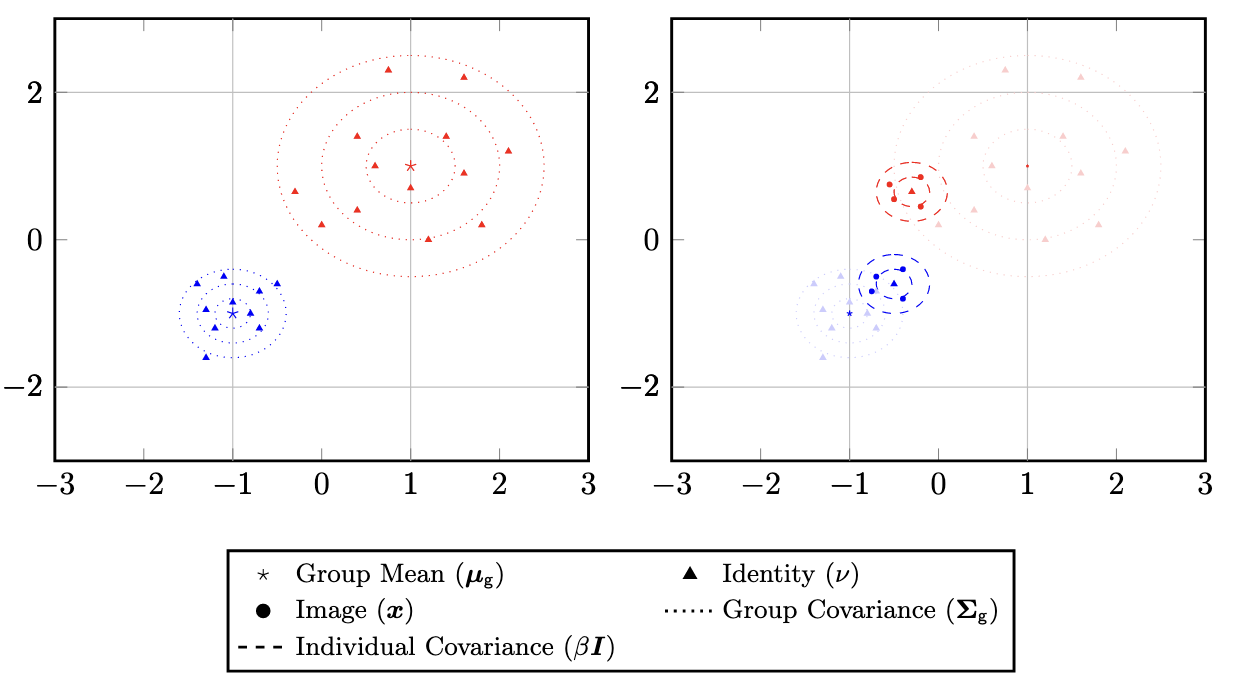 Adversarially perturbing these identities may require different robustness budgets2 depending on the individual’s demographic and the neighboring identities. We observe this in the disparities between L2 perturbation costs for the Carlini-Wagner attack3. Thus, this effect carries through to face obfuscation systems: faces belonging to minority groups incur reduced utility compared to those from majority groups.

This disparity also exists in the adversarial strength of the attacks. Consider the following whitebox attacks on subsets of demographics - the performance discrepancies are vast.

For blackbox attacks, the average obfuscation success rate on the online Face++ API can reach up to 20 percentage points.

We utilized TCAV4 to investigate whether intermediate layers of the network learn to distinguish demographic attributes. After retrofitting the TCAV framework to metric embedding networks, we used skin tones as the demographic concepts and annotated images with the Fitzpatrick scale. The results demonstrate high utilization of skin tone concepts by two early layers in the network. Darker skin tones are learned separately (Conv2d 2a) than lighter skin tones (Block 35) suggesting that metric embedding networks differentiate between skin colors in the early layers. 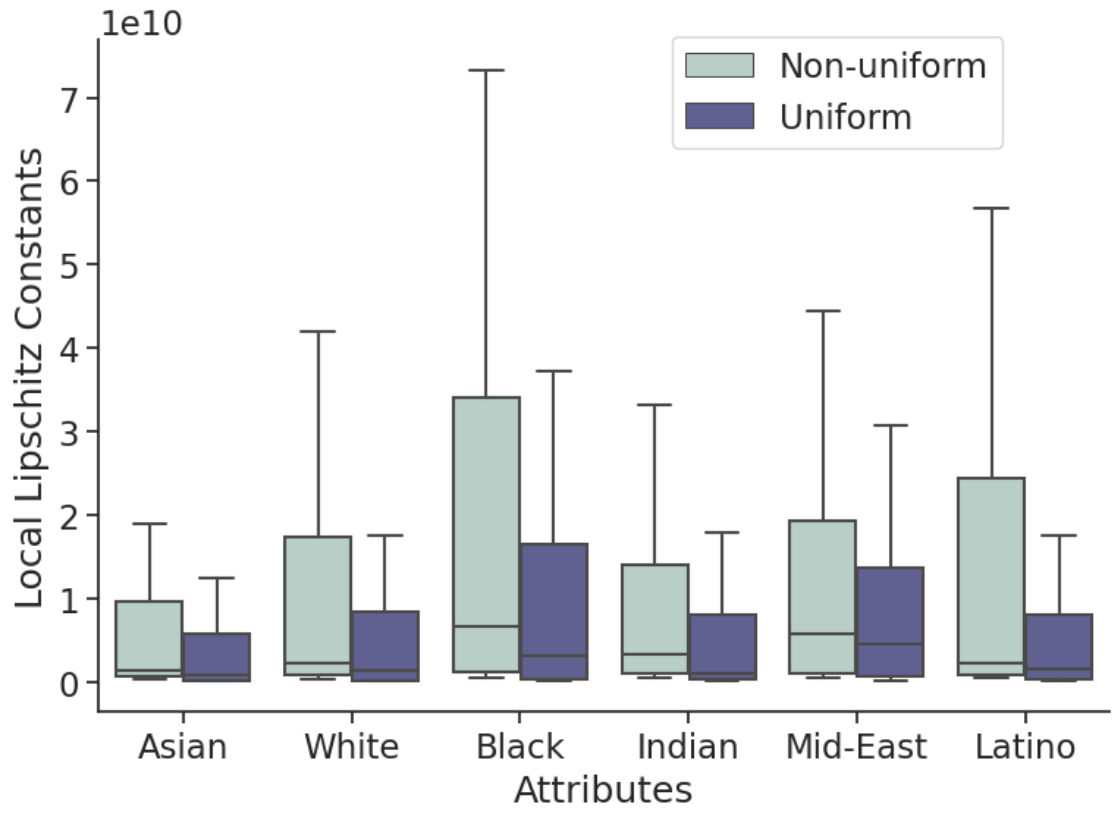 I publish and open-source my work. I also occasionally post random thoughts.